Boxing day without shopping…was boring. Last Christmas I was in Sydney, it was raining, this year Christmas day was raining in HK as well. Went to a food expo on Christmas day , unfortunately the food expo is getting worse and worse every year, I didn’t know what I ate but felt so full, filled with junk food and gained 1.5 kilo because all the binge eating haha. Need to shake that holiday weight off before uni starts.

At Christmas Eve, I chatted with a friend who already started his Christmas day in New Zealand. We were talking about Masterchef and Christmas and somehow we ended up talking about science and religion. I have been confused about questions like where we came from, what is the purpose of life for a long time since I was in senior year of primary school (yes I did a lot of thinking when I was a kid). These questions are so hard for me to figure out so that in order to stop myself becoming crazy, I persuaded myself to stop thinking about all these by presuming that  human can never understand all these because our minds are constrained by time and space. For example we cannot comprehend the concept of ‘nothingness’ (at least I cannot image what it would be like if there is absolute NOTHING). Another example is that I use to think about where is the edge of the universe because everything has an edge, an end; however if we find the end of the universe, then what is outside the universe? And where is the end of that space outside the universe? The question will go on and on and on and it’s like a loop and I finally realised that the question itself is a contradiction. My friend is a Christian, he told me God created everything. I did not become a monotheist (I am a Buddhist) because I find such idea confusing, if god created everything, where did god come from? If he created the universe, then what the universe looked like before god came? I mean, if you say there was nothing before that, it just doesn’t make sense, maybe this is because the fact that our way of thinking was born to be constrained by time and space, we cannot image and understand what it would be if there is no time and no space.

Same thing for evolution, big band theory, so there was nothing before big bang? What is ‘nothing’? There’s got to be something right?

As confused as always, I think I’d better end this post and go jogging soon haha.

Merry late Christmas! Hope you all enjoyed your holiday! Just cherish our life despite the fact that most of us don’t even know the answers to the most fundamental questions like who we are and where we came from. We cannot find solid evidence for these and we argue, honestly it is not a good idea to argue too much about these, I would respect different ideas from people, religious or atheist, it doesn’t matter, what matters is that we are here, so cherish before perish. Cheers!

After a heavy indian lunch, I had a big gelato called ‘berry overload’ from holly brown, so satisfied!!!!!!! Have to say holly brown is one of the best things of Hong Kong. Now trying to finish the lecture I am reading before bed. Though I had coffee at 3pm but apparently it cannot defeat the hypnotizing power of the lecture notes on cranial nerves lol.

Looking forward to my next gelato!!! Can’t get enough of it, especially the berry overload, so good and delightful, so cheering =D 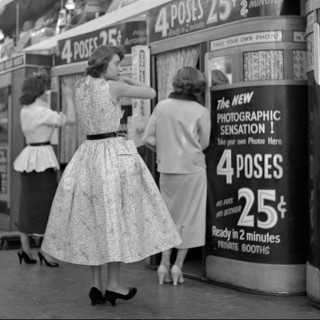